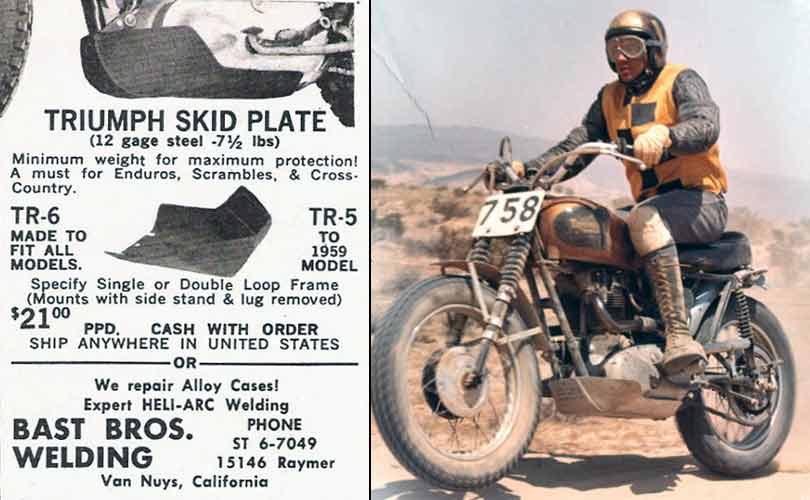 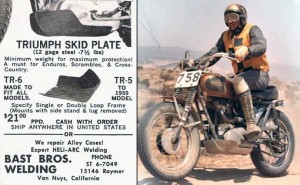 The T100 needs a skid plate……….something like Bast Brothers Welding used to make for the west coast desert racers. I found the photo above at Show & Go Cycle Shop blogspot. I wish I could call up Bast Bros. and order one up for $21……no such luck, so it’s off to my local steel supplier (Queen City Steel) for a sheet of 12 gauge (1/8″ thick……it’s heavy stuff). 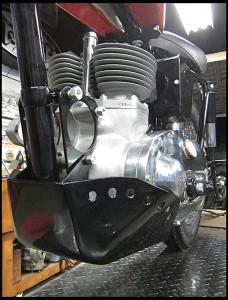 The photo above came from Ton Up Classics blogspot………check it out, this ’57 T110 restoration is chronicled in the blog, really nice work and a stunner of a bike. Fortunately for me they took a nice shot of their old Bast Bros. plate……a nice reference. 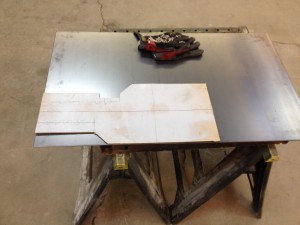 My pattern for a rough blank. The plates the Bast Bros. used to make were designed to fit bikes with the kickstand mount cut off the frame……..I plan on actually riding this bike around town, so the kickstand mount has to stay (it would be a real pain in the ass looking for a wall to lean the bike against every time I got off the thing). The notch on the far side will clear the stand mount. 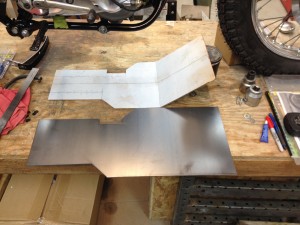 Hypertherm Plasma cut to the rescue…….I know 1/8″ thick doesn’t sound like much, but it is when you’re talking plate steel……..either plasma or a big deep throated bandsaw……….or you can burn through a six pack of four inch cutoff wheels and ruin your hearing. 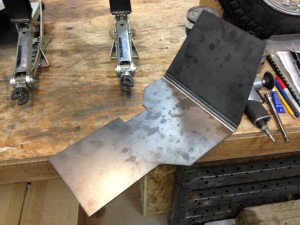 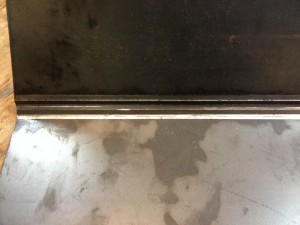 I ran a small mill on the Bridgeport the width of the plate before bending it……..this made the bending a bit easier, and gave the bend more of a “bullnose” softer front edge. 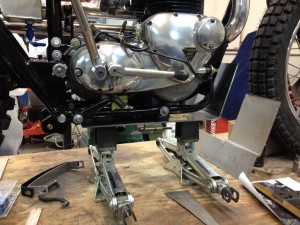 Test fitting revealed all kinds of issues on the first try………that’s never happened before!! 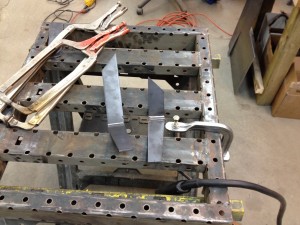 Fire up the plasma………the original was trimmed in quite a few places before I was happy.  I learned a long time ago to make the one-off metal parts larger than I think I need…..it’s way easier to trim metal away than stick it back together. 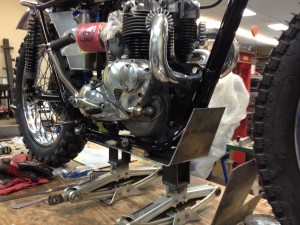 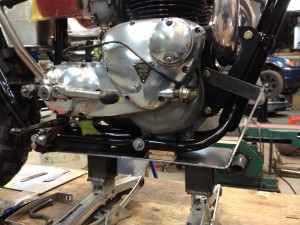 Mounts are made from the same material. Pretty straight forward stuff, the front will mount to the middle bolt on the front motor mount. 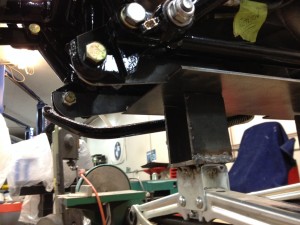 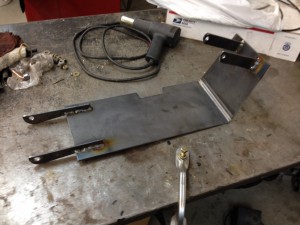 Mounts welded in place……..now for the real fun. 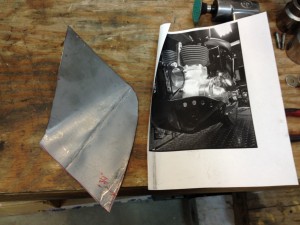 ……….figure out how to make the nicely curved sides. I’ve started with some scrap tin that I can easily bend by hand. When I’m happy with what I’ve got I’ll transfer the shape to the 1/8″ plate, cut it out, then heat the hell out of it and start banging away. 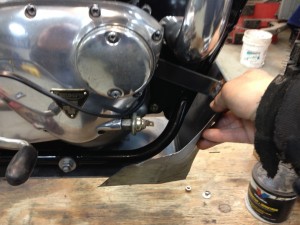 Close, but not quite………needs to be a little taller and deeper (should have headed my own “make it larger” advice).

Stay tuned……..plenty of frustration to come! 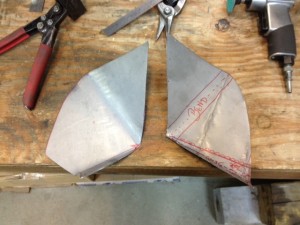 Two sides pretty close………..now flatten them, trace them onto the 1/8″ plate, cut the shape with the plasma cutter. 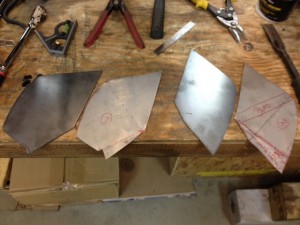 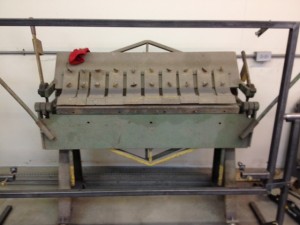 I decided to cold form the sides using the old brake. It took a lot of bouncing and moving the shapes around, but they came out pretty good. 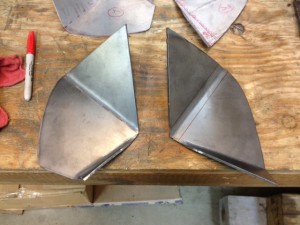 The bends ready to weld up. Left side a bit shorter to compensate for the factory kick stand. 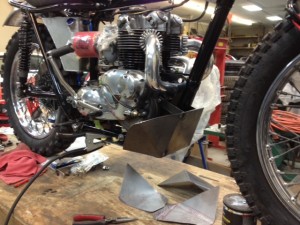 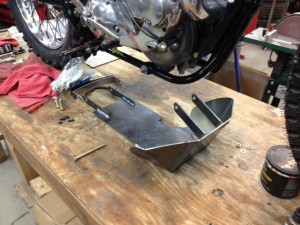 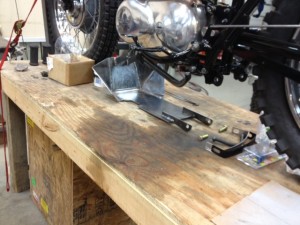 Back view. Next come the holes in both sides, clean up any weld slag, and smooth the edges and surfaces to get ready for primer and paint. 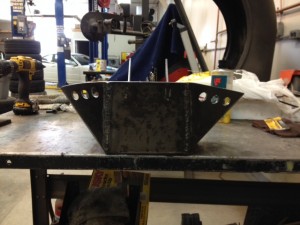 A bunch of holes drilled. 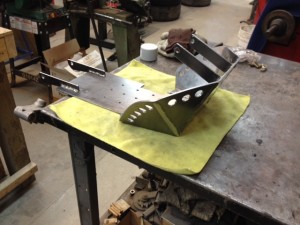 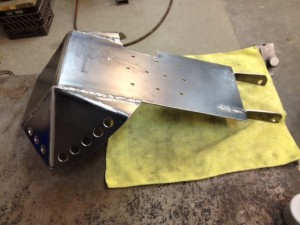 Time to prime and paint.