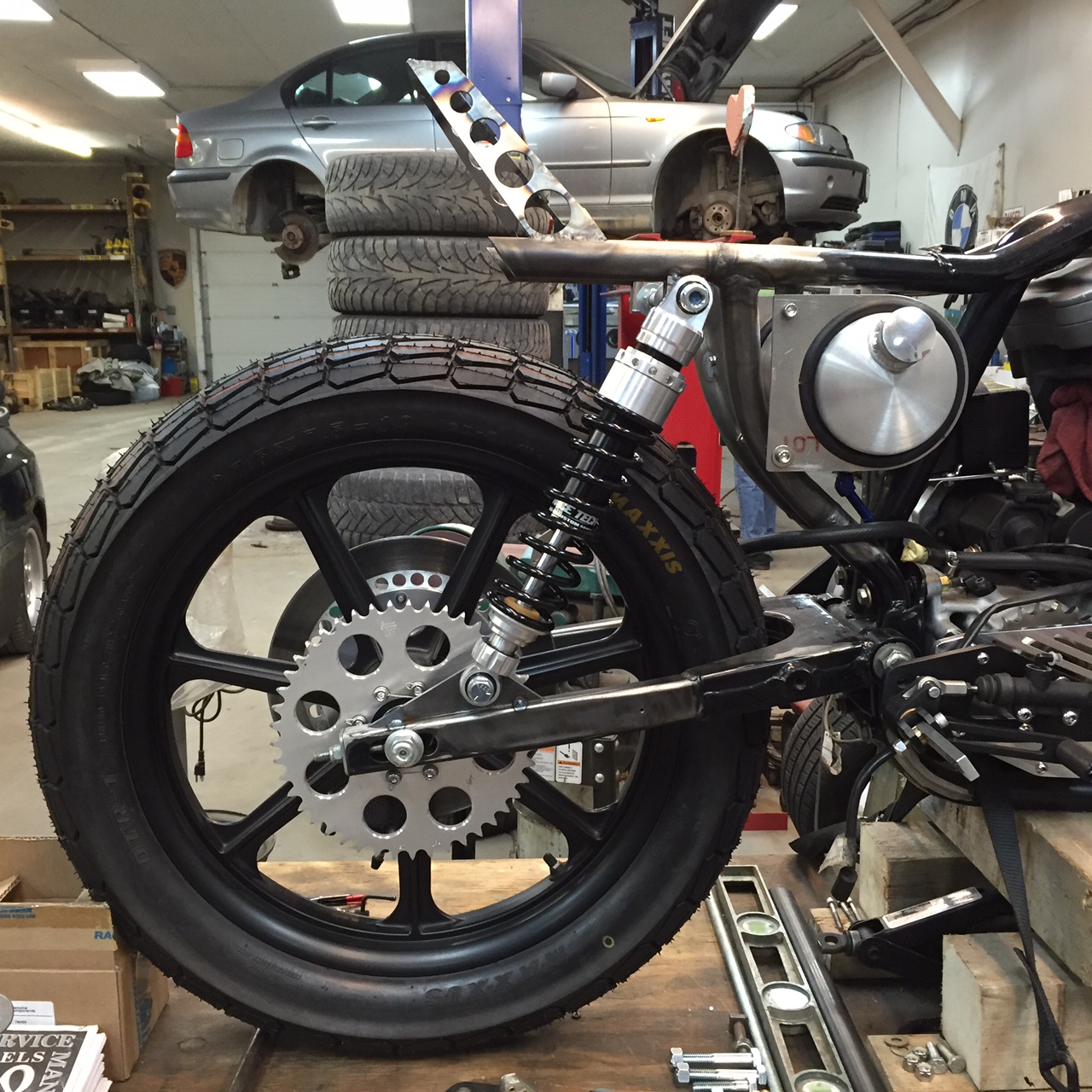 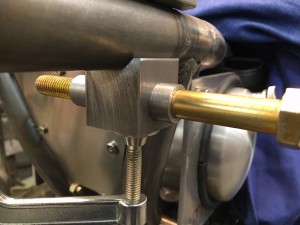 I’ve been out of town for weeks so progress has slowed on the Tracker project. I was back in the shop over the Thanksgiving holiday and got some of the shock mount work done. 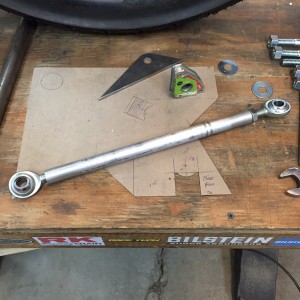 On the recommendation of Master  Street Tracker builder Richard Pollock (Mule Motorcycles founder for those of you that have been living under a rock) I made two jigs/tools to help position the shocks. The first is a simple aluminum rod bored and threaded at each end (one end a reverse thread) with heim joints at each end……pretty much a mini tie rod, turn the rod one way it lengthens, other way it shortens. If you have mounts already on the bike this will allow you to mess around with proper stance and give you the correct shock length you’ll need to order. In my case, I already had a set of custom Race Tech shocks, so I set this rod to the eye to eye length of the shocks and this helped position the mounts for tacking into position (and really saved me banging up the beautiful Race Techs while messing with position). 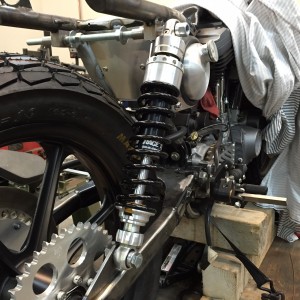 Tool number two……..a simple threaded rod side to side through the shock mounts……pretty self explanatory, and I felt like a knucklehead for not thinking of it myself. If you enlarge the photo you can also see the the upper mounts have been machined down to a narrower profile and the edges radiused. 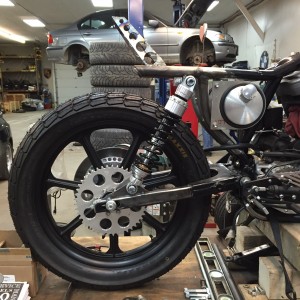 Mounts tacked into place and shocks where they will sit. 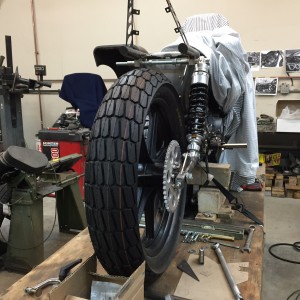 Next job is to turn down upper mount sleeves and make sure the shocks are sitting vertically correct, then do the final welds…………then, make the outer shock mounts………it’s never ending!