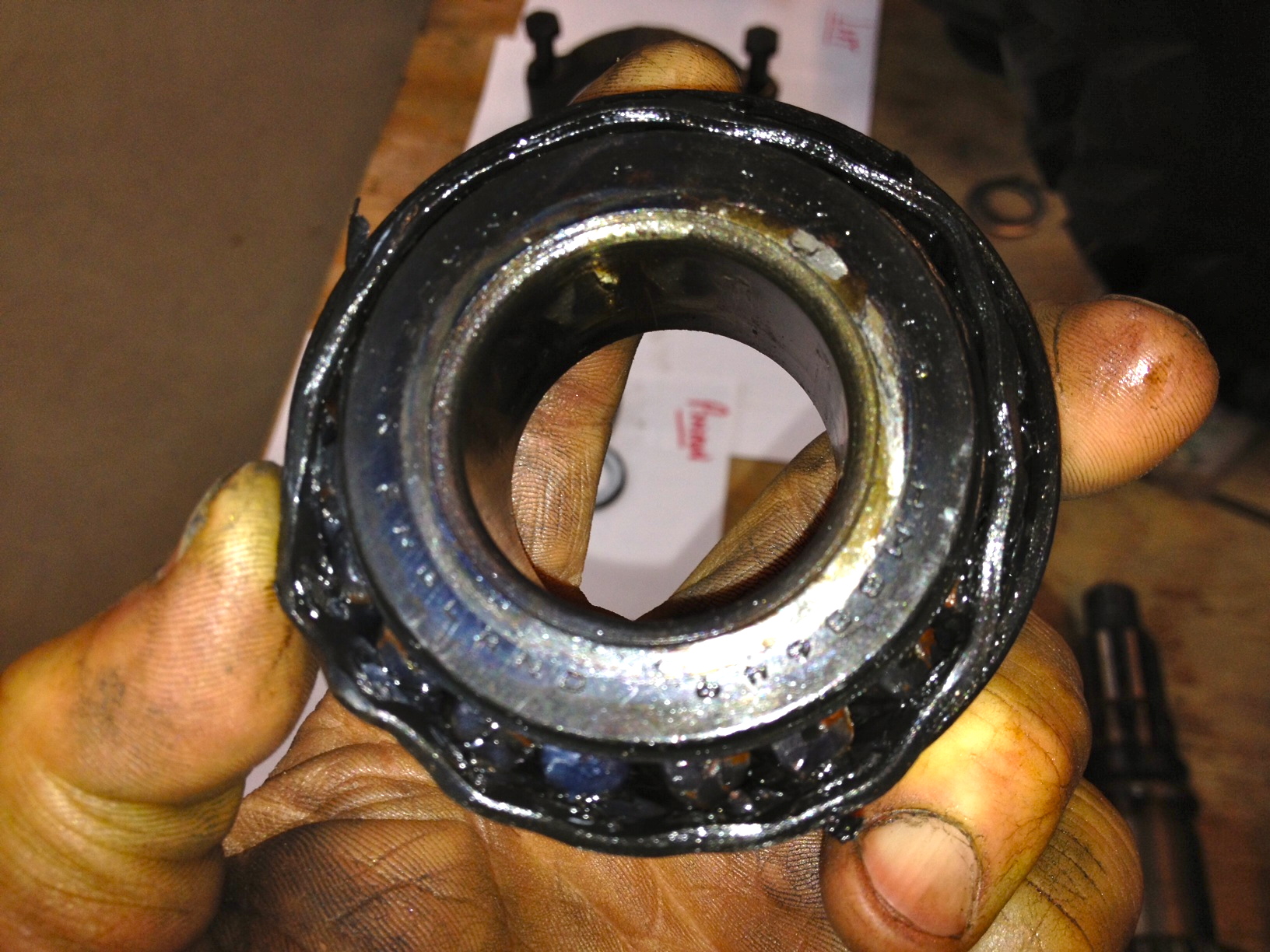 A beautiful day, I’m driving the big 109 to work, people are waving, the truck is running like a Swiss watch, I take a right and head downhill to work, I hear a slight whine coming from the front of the truck, I think “sounds like the Magneti Marelli alternator may be giving up the ghost”, I press the clutch in and rev the 200TDi trying to increase the whine to confirm my suspicion, the whine actually doesn’t change and the truck starts to drag………F!!!

This is when the adrenaline kicks in, something big is happening up front and it’s not good, I hit the brakes, pop the truck into neutral, and swerve right into the dirt, and simultaneously the rear pinion bearing in the front Salisbury seizes and locks the front end up………….show’s over, this sucks!!

A poorly placed breather in the inspection cover that had been leaking was the culprit. The   90w level got just low enough that that rear bearing was getting starved……..so, time to practice dropping the front axle and pulling a Salisbury apart. 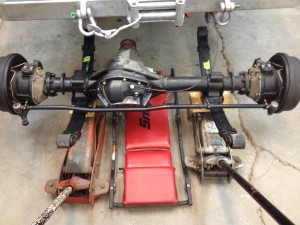 Hear’s a concoction for you…….this thing easily weighs 250lbs., so two floor jacks, a creeper up the middle with a scissors jack to support the drive flange and keep everything level…….Lower away. On the upside, this gives me the chance to swap the front leafs and maybe take some of the 3/4″ lean out……we’ll see. 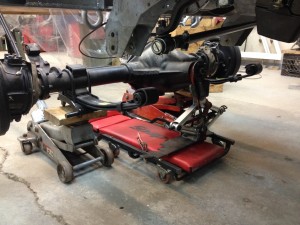 Rear view of the set up……….off to the saw horses. 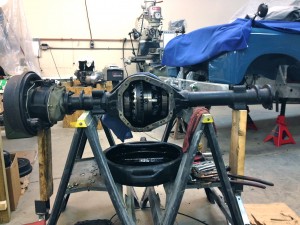 Opened up, diff looks good, no shavings floating around, teeth on the ring gear are healthy……..sigh of relief. 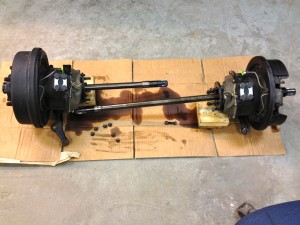 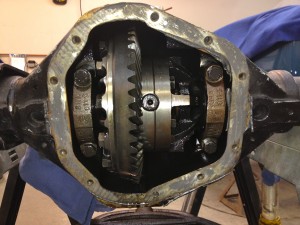 When you take these apart, make sure to note what goes where for the bearing caps………they have to go back in exactly as they came out. 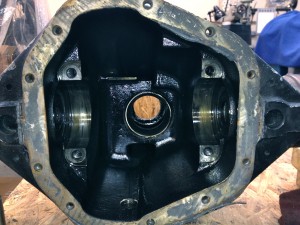 Gutted……..I didn’t take any photos of the method for getting the diff out of the housing……….wood & pry bar. I’ll set it back in this weekend and take a couple of photos to demonstrate. It’s a bitch of a job, but just takes some elbow grease and patience (and you don’t need the special housing spreader that all the forums will tell you to get).

Getting the pinion gear out was the bigger problem. The heat from the seized rear bearing had really locked the pinion in there. Usually they can be pounded out with a brass drift, but I didn’t stand a chance on this one. I ended up placing the diff housing face down in the press and pushing it out (I made sure to put a lot of padding under the press in case the pinion came flying out, which it did…………..be aware of this when you’re doing your own with a brass drift……..you don’t want to damage the pinion gear when it flys three feet out of the housing). 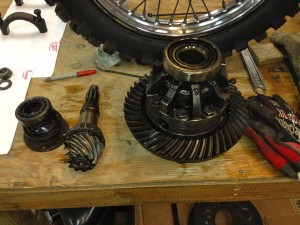 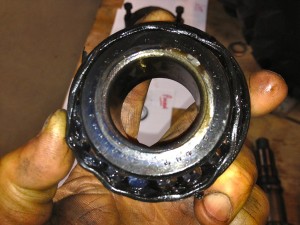 The seized bearing………fortunately in stock at Rovers North twenty minutes away. 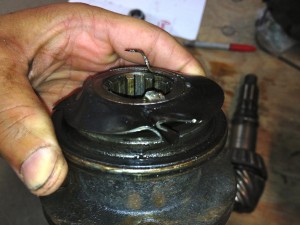 Actually folded the thrust washer over on itself…….that’s a varsity failure!!